This was an accidental merle to merle breeding.  It was initially to be a borderstaffy litter, as Jedi had just finished being bred to Maverick the day before.  However, on July 6th, while I was busy delivering Vixen's  puppies for 19 hours and then a trip to the emergency clinic with her to have a C-Section to deliver her last puppy, my dogs were left in the care of several others throughout a 24 hour time frame. During that time, Sooner and Jedi were inadvertently put out together, not realizing what had just been done.  I have no one but myself to blame.  I was wrapped up in Vixen and should have taken a minute to remind everyone Jedi was in standing heat.  All that said, it happened no one is to blame but me and I will never hide the facts of this breeding.

When the puppies were born, there was nothing telling us what had actually happened.  There was a red smut male, a white red merle patterned male , a blue merle female, a red merle male, and a black and white male.  At 2 weeks old the red smut male was put to sleep as he was not developing as the others, and he was ultimately diagnosed with a liver shunt.  As it turned out, he was the only pup to actually be sired by Maverick.  We still assumed the others were borderstaffies as at this point we still didn't even KNOW the accident had happened.  At about 3 to 4 weeks of age, they all started getting hair, which is impossible for a true borderstaffy litter.  I had the litter DNA tested to determine the sire.  All the remaining puppies were Sooner's.

To say we were shocked is an understatement.  We would never have CHOSEN to do this breeding for any reason, however; beautiful puppies, that we are proud of and love very much, were the result.

This now meant that the white puppy was a double merle. His name was Cotton and his eyes were born with bilateral cataracts, coloboma to the right eye and both eyes were afflicted with a condition called microphthalmos. Cotton was 90% blind and would lose the rest of his vision by 6 months of age. He was also deaf.   By 6 months the pressure in his eyes was causing him severe pain and we decided that euthanasia was the kindest thing to do for him.  Due to other conditions a double merle breeding can carry and to avoid any other rumors I had his heart x-rayed and hips OFA prelim films done the day before I put Cotton to sleep.  The x-ray of his heart was taken to a specialist and was rated normal by two radiologists and one cardiologist.  He got OFA Excellent on his preliminary hip films. His elbows and knees were bilaterally normal per two radiologists.

The sire of this litter is the well accomplished awesome flyball dog Sooner, owned and loved by Mary Kline from OffOn Border Collies. The dam is the gorgeously structured, super high drive Jedi.   This litter is full of well balanced, exceptionally structured, high drive pups that LOVE to perform in everything, including Flyball, Agility and herding, while at home they are all loving companions who are adored by their families.

This litter is AKC registered.

In this litter there were 2 males: Stun and Psycho; and 1 female: Gimme.

All the puppies were BAER and CERF tested Normal. All the puppies from this litter will be spayed or neutered and have their hips evaluated through OFA or PennHIP per contractual agreement.

All the puppies in this litter went to their forever homes at 8 weeks old! 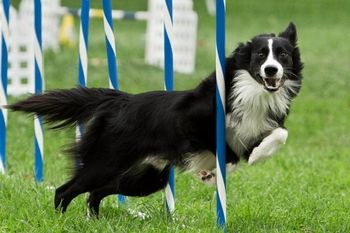 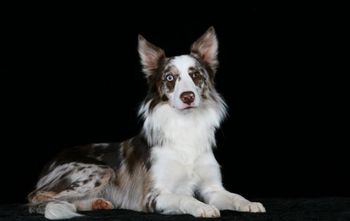 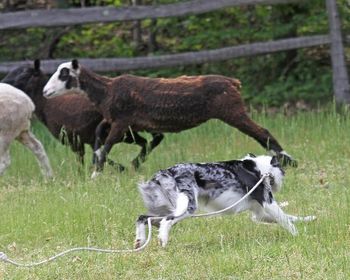 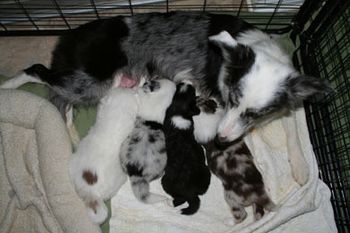 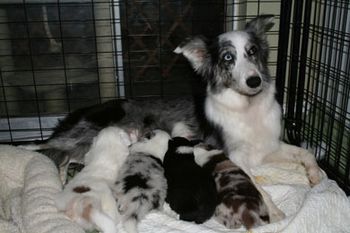 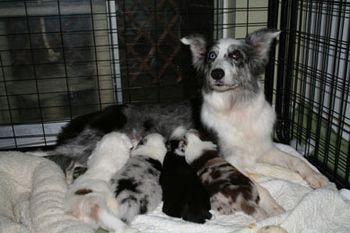 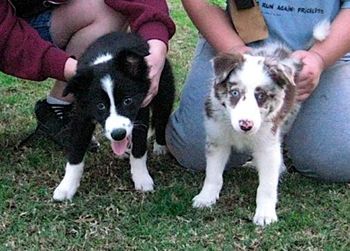 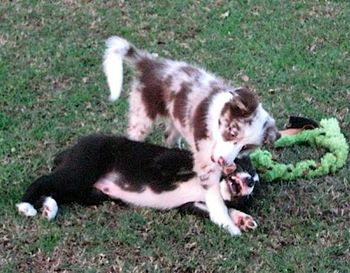 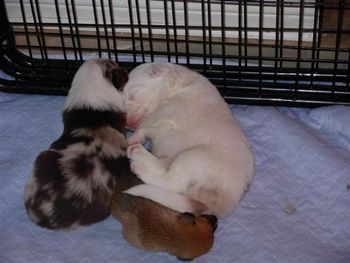 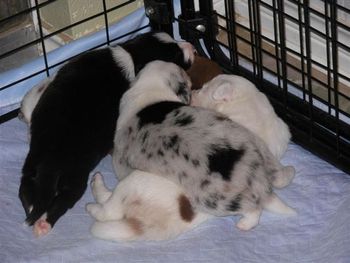