Verve is a handsome black/white from North Face Farm's Rhyme x Imp. Ken litter born on February 17, 2007. Verve is owned and loved by Catie Williams in MA. Catie's words on Verve: Verve is a beautifully balanced dog, both structurally and behaviorally.  He has an inexhaustible desire to learn, and a drive to match.  From just 7 weeks of age he was totally focused on whatever I asked him to do.  He is an old soul.  Extremely biddable.   And a pleasure to be around.  His temperament is very solid.  He is fearless and approaches anything put to him with enthusiasm and gusto.  He gets along well with other dogs, though he’d rather interact with humans.  He is very people friendly, but not a lap dog. Too busy for that!  He is a quiet dog and settles easily, though is ready to go in a moment’s notice.  In agility he consistently turns in world team times, with YPS in Jumpers averaging in the high 6’s.  He is a steady, focused worker as soon as he steps into the ring.  He has been on sheep and has exhibited great innate talent for herding.  Which should come naturally to him as both parents come from very desirable herding lines.  Sire “Ken” is an import of Aled Owen’s breeding making Great Britain International Champion “Bob” Verve’s grandfather.  Dam “Rhyme” boasts impressive herding relatives also, with Great Britain International Champion “Sweep” as her grandfather.  Both Ken and Rhyme have consistently place in Open, and Rhyme was the Vermont Triple Crown Champion of 2008. His offspring have exhibited intelligence, lovely temperaments, biddability, great athleticism and drive. Above and beyond all that, Verve is just a great buddy and teammate.  My dream dog and the love of my life. 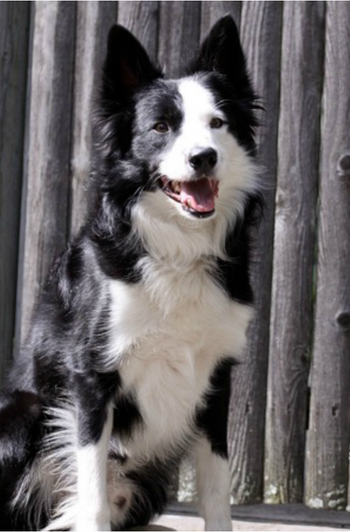 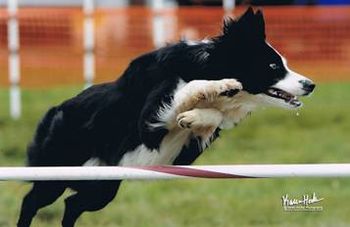 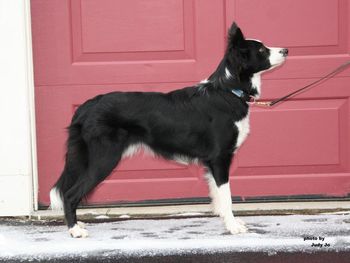 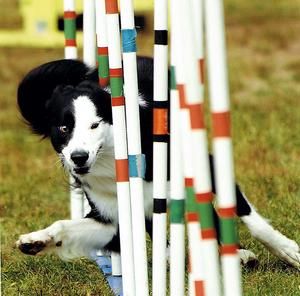